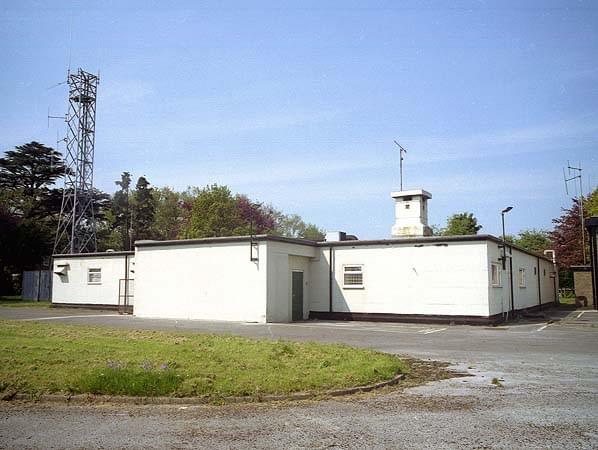 With the advent of radar, means had to be found to utilise the early warning given, to the best advantage of the defenders.

Experience had shown that raw data from the radar stations, which frequently overlapped that of an adjacent station, when merged with that of the Observer Corps (not yet Royal), needed filtering to produce the latest, clearest information for display on Fighter Command’s HQ Operations table and the four (later 6) fighter Group tables.

The lead service in the ADGB was the RAF’s Fighter Command who had put up the aircraft to combat the attackers. The defences also included:

It was immediately apparent that guns, balloons and aircraft were not compatible in the same piece of air space so some form of control had to be evolved.

Fighter Command’s chain of command went from Command HQ through first four, later six, Fighter Groups, each of between three to seven Sectors.

At each relevant RAF Sector Operations Centre (SOC) was the AA Brigade Commander (a Brigadier, who sat beside the Sector Controller).

On being allocated a threat (by Fighter Command) they assessed the threat and decided what response to make, i.e. whether to engage with aircraft or guns. If the latter, the Brigadier ordered the subordinate GOR to engage and gave permission to open fire.

The GORs themselves were rarely purpose built, more usually a large country house adapted for the purpose. Two relevant examples being Craigiehall in Edinburgh and Torrance House in East Kilbride, both subsequently to be AAORs in the ROTOR era.

The GOR was in telephone contact with all subordinate gun sites, ammunitions depot and transport companies etc. and was responsible for the operational administration of the GORs as well as exercising operational control. This situation pertained until the end of the war, when a huge stand down and general demobilisation occurred. The AA defences were then reduced to a nucleus commensurate with the perceived threat.

The ADGB in 1947 envisaged the deployment of 25 regular and 78 territorial HAA Regts. RA in 47 Brigades split into 5 AA Groups. 54 key gun sites were designated as ‘IGLOO’ sites had guns and equipment in situ and were required to be manned and operational within 36 hours. The heavy 5.25" guns were in the main left in their WW2 locations and formed the nucleus of the new GDA’s where relevant. Of the 3.7" guns which formed the remainder of the armament, many were retained in AA Ordnance Depots (AAOD’s) to be deployed when required. (between 6 - 24 weeks were needed to reinstate everything). Finally, several new gun sites were built, but not equipped, to fill the gaps in the new GDA’s.

Numerous experiments were in progress during this period to improve the performance of existing apparatus and introduce new equipment and radar was available at all gun sites.

With the RAF’s post war review of air defence radar and control culminating in the Cherry report, the whole issue of defence resulted in the ROTOR Plan, a scheme to protect the control facilities of Britain’s defences which, from wartime experience, had proved to be vulnerable to disruption from enemy attacks.

The ROTOR programme, which was constantly upgraded and changed and was eventually superceded by progress and technology, never reached a final conclusion. It called for the design and building of underground protected accommodation for Sector Operations Centres (SOC’s), GCI, CHEL and CEW radar stations on the east and south coasts while heavily protected surface buildings sufficed on the west coast (See feature: ROTOR).

As part of the same programme, the Army AA Command had 31 AAORs designed and built to service the new, fewer GDA’s of the cold war.

With the exception of three AAORs which were converted from existing WW2 AAORs (Dover Castle, Fort Fareham, Crownhill Fort) and Llanion Barracks (a converted Victorian magazine), all were based on an identical two storey concrete structure with a central operations well and sufficient accommodation to fulfil their admin. and ops. function.

This structure could be surface built or semi-sunk with one storey below ground level or set into a slope or hill. The design was flexible enough to allow the two entrances to vary from both on the lower level, both on the upper level, to one up one down or even one down one up. 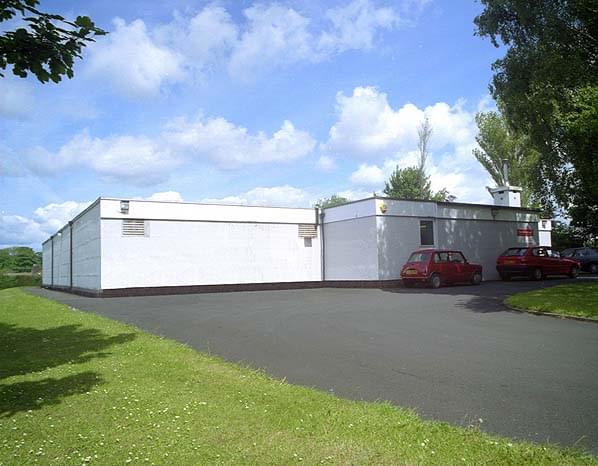 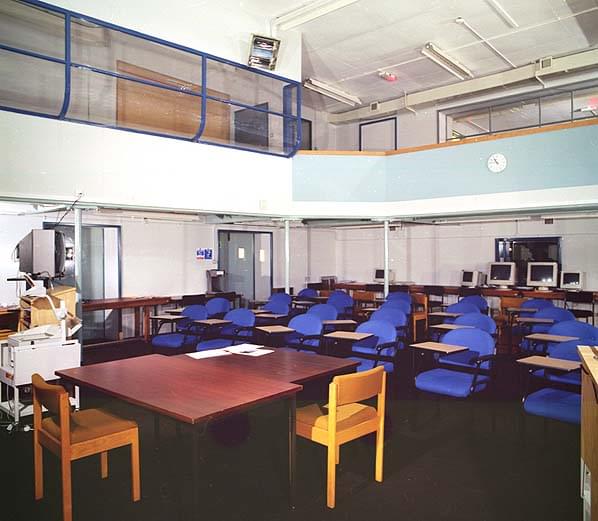 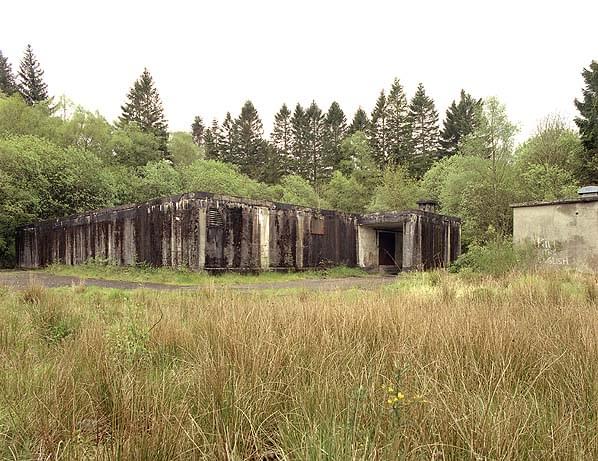 The demise of AA Command with the AAORs and gun sites was both sudden and complete. With the advent of guided missiles and the H bomb, the Command was abolished in 1956 and the gun sites and AAORs became redundant. Some were abandoned while others found a new role within the armed forces whist yet more entered the field of Civil Defence. Some have found a third life in the leisure industry and others converted into homes. Four, Fort Bridgewoods, Wylde Green, Stoneleigh Park and Abbottswood have been demolished. The structures of the rest remain in differing conditions of current usage ranging from homes to dereliction.

Thirty-one AAORs have been found, visited, photographed or otherwise accounted for by Subterranea Britannica, the most recent being Campsie in Londonderry, Northern Ireland. This was built but not finished, (i.e. not fitted with doors, windows or electrics) construction probably being halted in March 1955 on the announcement of the demise of AA Command by December of that year. Aerial imagery of the area both pre and post the ROTOR period supports this opinion. Similarly, War Plan UK identifies Scapa Flow in the Orkneys, Falmouth, Leighton Buzzard and Norwich as further sites of AAORs but again, no evidence has been found to substantiate this.

It was intended that the gun sites would be controlled remotely from the AAOR using radar data provided by two new radar sets, a fire control Radar No.3 Mk VII (Yellow River) and a surveillance Radar No.4 Mk VII (Orange Yeoman), supplemented by a new No.11 Predictor. The specification for the Orange Yeoman radar stipulated a detection range of 91.43-km (100,000 yards) up to height of 18,287-m (60,000-ft) and the ability to supply radar information directly to sixteen remote gun sites, using an automatic data transmission system.

Orange Yeoman eventually was trialed at Frodsham AAOR, currently this is the only site at that it is known to have been installed at by the Army. When air defence was handed over to the RAF following the stand-down of Anti-aircraft Command, Orange Yeoman became the Type-82 radar and was used as the Tactical Control Radar for the Stage-1 Bloodhound missile system.

Apart from several sequences of photographs at the Imperial War Museum, GORs/AAORs seem to be a dead or lost subject with little or nothing recorded or documented about them. The above is an effort to remedy this.